2012 has had some serious surprises. We were shown the right way to do stealth-games, smaller companies are getting much more recognition, and the adventure game genre has been completely reinvigorated.

I’d like to give honourable mentions to Binary Domain and Dishonored, two great games, but didn’t make this top ten list.

Here are some of the best games that came out, I seriously recommend picking up any of these if you haven’t.

Mark of the Ninja

Stealth games are usually a fair bit frustrating. Sometimes they don’t give you enough of an indicator of how enemies are going to notice you, or sometimes you might not be able to tell where they are. Mark of the Ninja does an good job of indicating both, while also being a great stealth game, giving you free reign to handle the situation as you please, as long as you do it without being noticed. I suppose it really gives you the feeling of being a ninja. When everyone can see you, you are completely useless, but under cover of darkness, you can really be the most powerful person in the room. Constantly introducing small mechanics that can build on each-other and gaining new skills that could change how you play the game really adds to it. This is definitely worth a purchase.

Probably the most non-traditional game to make the list, more of an interactive narrative really, but it’s an amazing interactive narrative. You’re tasked with searching through the data files of a ship to find out what exactly happened there. To gain information, you have two AIs you have to reason with, of two different perspectives. One of them a harsh critic of the misogynistic culture of the ship and the other more of an apologist. Both sides give you reason to doubt the other, but you have to pick a side. You might find it easy, or incredibly hard, it’s possible to get to the end of the game without all of the information on the ship, you have to make a judgement on what you know, and that may be a very difficult one to make.

Max Payne 3 is one of the more challenging shooters I have played in a long time. Max is vulnerable, head straight into the line of fire and it doesn’t take you long before you’re dead. However this game does give you the tools to act like a total bad-ass, you just need to know how to use them. Pull off a good shoot-dodge and take out four guys before hitting the ground, and it’ll make you feel fantastic. While I’ve found the other Max Payne games to be rather clunky, this one manages to take those games’ mechanics and fuse them with modern choices to build a superb shooter. Throw in a stylish movie-like presentation, and a great story about a cynical American ex-cop stuck in a country he knows little about, and you’ve got yourself an all-round great game. 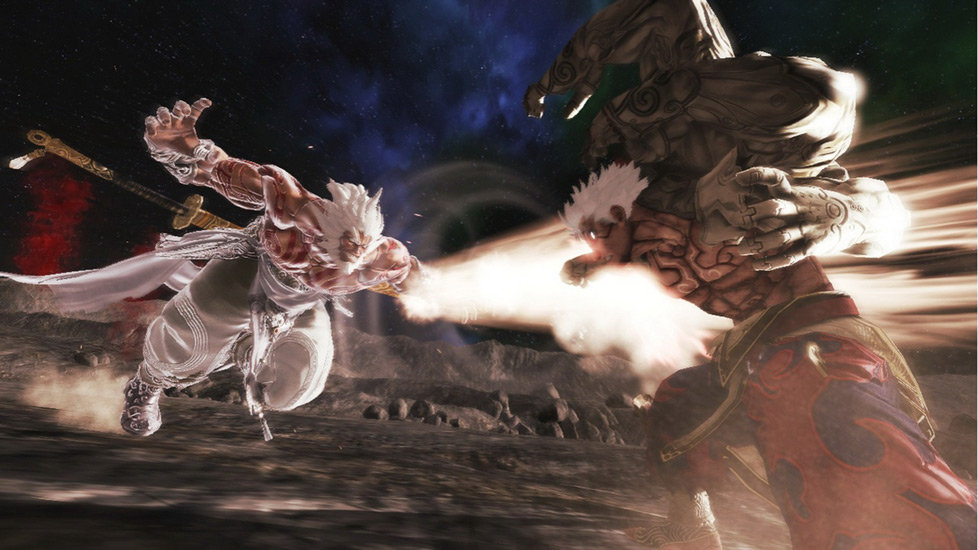 Asura’s Wrath is power fantasy distilled into it’s purest form. It is a game purely devoted to making you feel awesome. To throw it off as some quick-time-event heavy simplified beat-em-up is to do it a disservice. I’d go as far to say that this is a game that “gets” quick-time-events as they compliment all of the over-the-top crazy action that happens on screen so well. All of the action throughout the game gets so much crazier as it goes along, and it all builds to one hell of a final battle. In it’s presentation alone it may have made a great action anime series, but it’s the interactivity that gives it that extra punch.

It’s hard to believe that BioWare managed to create such a fantastic conclusion to it’s epic trilogy. It could have easily gone so wrong, while some would debate that it did in some respects, as a whole package it left me incredibly satisfied. It could seem a little convenient that every character gets wrapped up and done with by the end, but the game did it so convincingly and emotively that I couldn’t help but get somewhat emotional by the time it had to end and I had to let go of my Shepard. I had built up my Shepard’s story over three years, I had put significant investment into it. Having to say goodbye was a little hard, but it was handled greatly. Also I might add it’s a brilliant game to play, with some of the most engaging combat in the series and great sound design to push it that much further to being an amazing Sci-Fi shooter.

Sometimes if feels like videogames compromise on their difficulty in order to tell their story. Catherine doesn’t. It uses it’s hard-as-nails gameplay to further complement it’s narrative. The game is all about adult relationships, and they can be difficult, you have to earn them. Even without it’s strong story, solving Catherine’s puzzles feels absolutely great, but the story beats help serve to make it feel even greater. Having played this makes me excited to see what these guys will do with their next game, Persona 5.

My first impression of some preview material of Fez made it look like just some quirky retro 2D platformer, where you can rotate the world 90 degrees. Upon playing it I also had that same impression again, until I discovered something much, much deeper. The game can be played as a nice little platformer where you just collect cubes, and that works perfectly fine. but written in the background of the game were codes, systems of numbers, things that added up to some incredibly complex puzzles that have been some of the most satisfying I have solved in any game to date. The internet went crazy for Fez, the best time to play it was while everything was still being discovered, and I felt great to be involved in the game during that search. It might however still be worth it to pick the game up and keep yourself away from all the information already out there. Just be sure to bring a pen and paper. One thing’s for sure as well, it certainly has in my opinion, the best soundtrack to a game this year.

The Walking Dead is a game that does it’s best to make you feel absolutely awful. This narratively focused game eschews with the standard good and evil choice, and leaves only bad ones. This isn’t your typical teenage power fantasy, it’s an incredibly mature powerless fantasy. Sure you’re making choices throughout, but everything leads to the same horrible end. It’s emotionally harrowing and at points even brought me to tears. It also took advantage of being released in episodic instalments, each episode getting everyone excited. As much as those choices may not have mattered to where you ended up in the game, it really helped develop the main character how you wanted him. It may have been the same horrible events, but at least it’s your version of the same horrible events. This helped to create a massive discussion about what choices were right, as none really seemed clear. It may just be the strongest game narrative this year, and it’s going to be hard for developer Telltale to top it.

With all this emphasis on narrative integrating into games, while not a bad thing, it’s great to see something come around that’s just pure game, and also excel at it. Super Hexagon is difficult, so much so that the lowest difficulty setting is “Hard”, and all you do is dodge lines. It’s the sort of thing that if you were to describe it at a basic level, it could sound incredibly boring, but it’s just so exciting. The game’s blaring chip-tune soundtrack and colourful always moving visuals help to convey that so much more, and in some ways increase the game’s difficulty. Having to navigate amongst lines in such a crazy atmosphere is brilliant and tense, as a single mistake can set you back. It’s always good to have something to remind you that all a game needs to be great is a good challenge.

Hotline Miami is not your standard top down shooting game. In some respects it feels like the videogame version of the movie Drive, with its 80s look and sound, and its use of extreme violence. All your objective is in each level, is to go through a building and make sure no one is left alive. Sounds simple enough, one hit with a weapon takes down an enemy, but just know this, the same applies to you. It makes it all the more challenging, but gives you such a good feeling when you’ve cleared a room. Then you have to walk back, and see the bloody mess you’ve made. It’s very strange, how the game manages to make you feel fantastic, but then make you feel awful for what you have done, because this game makes it very clear, this is all your doing.