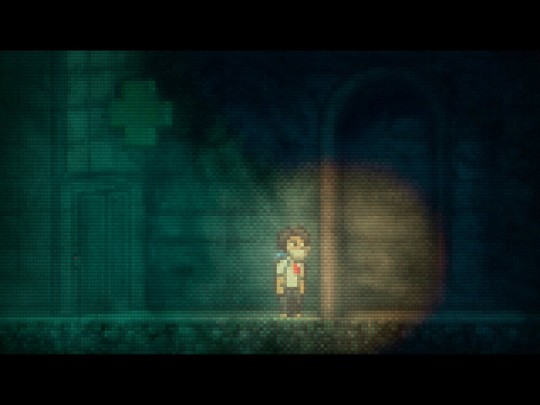 For PC players, Lone Survivor has been out for a year and a half. Now it’s come to PlayStation Network and hasn’t lost anything in the transition.

It’s the same game with more content put on top of it, which isn’t a bad thing at all, the existing game is an incredibly creepy and tense psychological horror, with clear influences from Silent Hill and David Lynch films.

If anything the game evokes a very similar sense of foreboding dread to Silent Hill, and if it was released under that franchise it wouldn’t seem weird at all. Both games are set in very dark, ruined places. Both games feature weird and twisted human-like enemies. Both games feature deliberately awkward combat in order to bring up the tension.

There are a lot of mechanics to do with survival in the game, you have to stop yourself from being too tired, hungry or make sure you don’t get killed by some monster. The game doesn’t have so much of a hunger or tiredness meter on display, or even a health bar. This is both a weakness and a strength.

The lack of clarity can make for a very frightening experience, but for some a very frustrating one. However it’s what makes the game what it is, you have to take risks in order to learn everything in the game. You have to risk starving to know that you have to eat, you have to risk confronting enemies to know how you can deal with them and if you have the resources.

Risk is an important part this game, it’s what creates tension. Walk into an area in the dark and risk bumping into a group of creatures without seeing them, but go in with your flash-light on and you could risk drawing attention to yourself. Take on a bad guy with your handgun and risk another three or four coming in and taking you down with ease.

Some could write the game off as old-fashioned and clunky, but it just goes to show that horror games aren’t truly for everyone. Aspects from this game in most other genres would come across as annoying, but here it works because horror is about having a bad time. You have to be made to panic and scramble across the place, it can’t be too easy for you. 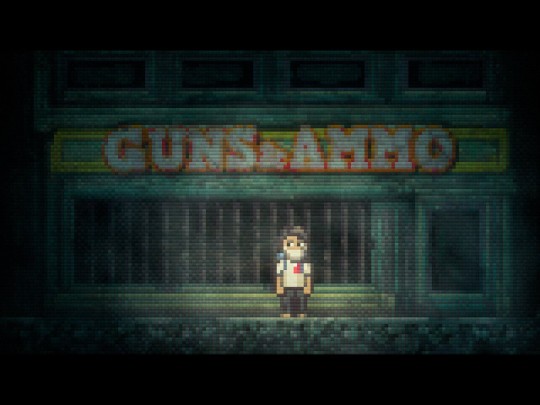 That all said you can’t justify all of the game’s issues by just saying ‘it’s what horror does’. The in-game map takes a bit of getting used to, and there are a few moments where the game’s scares come across as a bit obviously scripted.

The version of the game I was playing was on the PlayStation Vita, and the game doesn’t lend itself too much to being ‘portable’. You’re better off playing it with headphones or external speakers because the game would sound otherwise too tinny. Also the game’s intended effect of scaring the living daylights out of you when you’re playing it in daylight sat on a bus somewhere.

If you’re the sort who can’t get into a game because the controls are a bit clunky, or the game doesn’t explain enough to you, this isn’t for you. It’s for the horror game fans, who will understand that the game does what it can to make you feel very afraid.